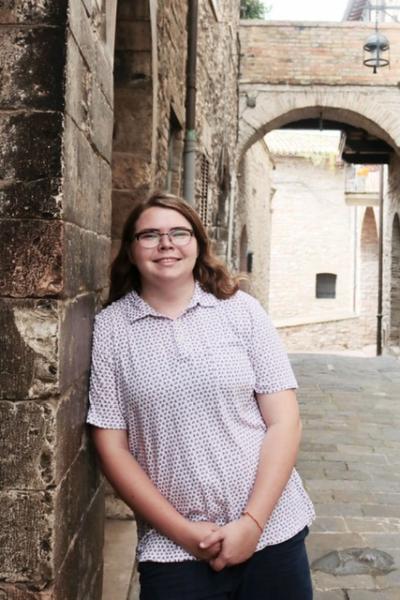 Meg Hicks, a Mercer University graduate with a dual degree in anthropology and international affairs, interned with the Upson County Building and Zoning Department during the summer of 2020. While generally familiar with the function of state and federal government prior to her internship, Hicks was unaware of the important role that county government played.

Over the course of her internship, Hicks was tasked with numerous projects for the planning and zoning department. Her primary project involved drafting ordinances for a gateway overlay district, tiny homes, and a new residential zoning district for smaller lot sizes. Hicks also assisted with rezoning, special exception, and variance applications and presented them to the board of commissioners. Other duties included helping staff with the occupation tax, assisting the public with zoning questions, researching ordinances in other states, and 2020 Census promotion.

When asked about her most significant successes, Hicks noted the rezoning/special exception case for mini warehouses and the completion of the first drafts of the gateway overlay district and tiny home ordinances that she presented to the Upson County Planning Commission. She was especially proud of these ordinances because they reflected her own work and were well received.

Hicks most enjoyed working on the draft ordinances and preparing for planning commission presentations. She further explained that making presentations on rezoning, special exception, and variance cases as well as the ordinances she had drafted gave her a great sense of personal fulfillment.

In terms of new skills and knowledge learned during her internship, Hicks replied that she gained an in-depth knowledge of the inner workings of the building and zoning department, and now realizes the importance of knowing how a property is zoned. She believes this knowledge will be useful to her for years to come. Further, she felt that the internship challenged her to learn more on a daily basis not only about Upson County, but also how county government operates.

While her internship with Upson County has concluded, Hicks will continue to seek opportunities to learn. She was awarded a Fulbright Scholarship to teach English in Mongolia. After concluding her work in Asia, she plans on furthering her education by seeking a masters and doctorate degree in anthropology, hopefully at Cambridge. While Hick’s ultimate goal is to teach, she is not closing the door on the possibility of working in county government in the future.

Hicks was the first intern for the Upson County Planning and Zoning Department.